Singer-songwriter Kaitlyn K is from the suburbs of Houston Texas. Her signature rocky pop sensibilities and powerful yet captivating vocals are inspired by her love of the likes of AC/DC, Heart, Queen, P!nk and Avril Lavigne. Encompassing the fun of being a young female and the drama’s that goes with it, her songs have followed a natural progression as she has grown up writing and recording her music.
Kaitlyn K performed at the Summer Concert Series for Six Flags, opened for British boy band ‘JLS’ and performed alongside Hot Chelle Rae from Jive Records. After one of her songs went viral due to a collaboration with fellow high school students for an anti-bullying campaign she has become a household name amongst her peer group both at home and as far a field as Berlin, Germany. 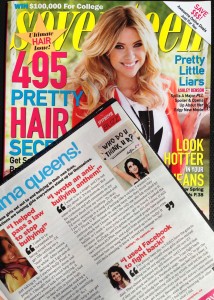 Kaitlyn K has been featured by Seventeen Magazine, The Huffington Post, NBC, Fox News, CBS and more. Her music has appeared on the big and small screen with placements in hit shows such as Lifetime’s, The Client List. In 2014 Kaitlyn K is looking forward to releasing a new record and hearing her music featured in two films which are currently in production, more to be announced soon!